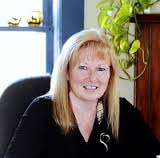 I’ve always been a writer. You don’t have to be published to be a writer but you must write. My first (and only) novel was written when I was ten. All of my published work is freelance. I’ve written extensively about gardening for newspapers and magazines, and for smaller publications like those in cooperative extensions and farmers market organizations. Hunting, fishing and wild harvested landed me in the pages of online publications. I remember well the day I was hired to edit an online magazine. I called a relative to share the good news. He was excited at first but once he understood “online magazine” he was disappointed. “I thought it was a real magazine.” Progress, folks, progress. Things change. I remember when we had a party line. I suppose cell phones wouldn’t have been considered “real phones” back then.

Freelance writing, editing and photography were good to me in the beginning but these days it’s a crap shoot…with a lot of crap. Unfair pay or in one case no pay and the assumption that free photography should be included wore me out. I resigned from all but Walden Publishing and Maine Woodlands at the end of 2016. Most of my writing time is spent in A Life In The Wild and a novel I plan to finish by the end of winter.